Update: Vanarama National League is not coming in FIFA 22 but some clubs will be add in the "Rest Of The World"(Most Likely). Wrexham AFC and Sutton United was already add on FIFA DB. We can also expect some other european clubs from diffrent leagues due to Europa Conference League.

That is confirmed, according to the addition of the League to the game database and the appearance of Barnet, Stockport County and Woking Stadiums in the official reveal trailer of the game.

Many reliable sources and media also confirmed the addition of the League to the game. Anyway, the Vanarama National League wanted to feature on FIFA 20 after launching "Petition". So the time has come.

Note: The Vanarama National League will be featured on FIFA 22, with its licensed name, logo, trophy, and the fully 23 licensed clubs. The trophy I use now is just a generic one, as the game isn't released yet, the real one will appear in the game. 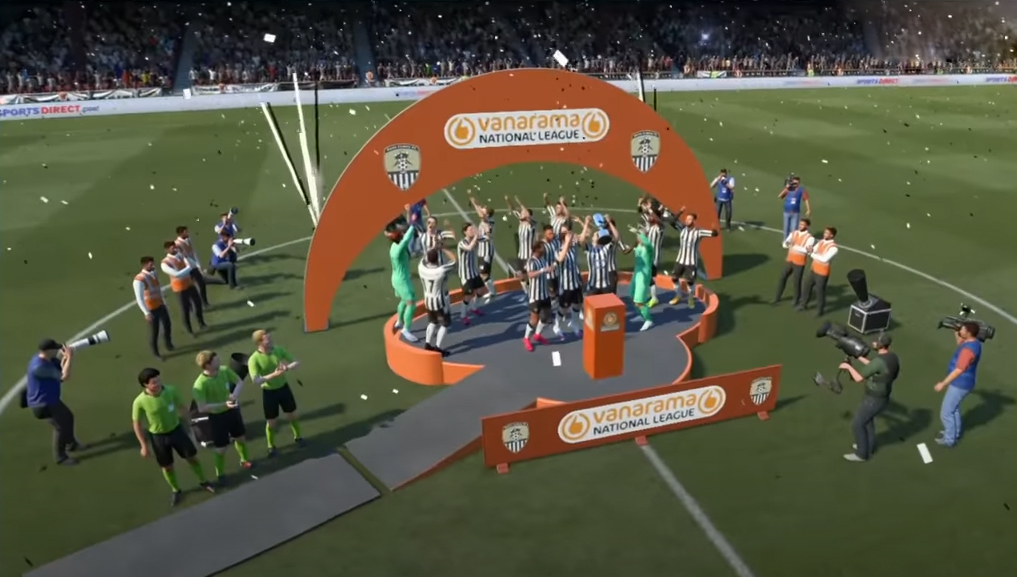 Allow me to show you the full list of teams on my favorite way:

It's an impressive list of great clubs. Most of them are so known and have a legacy.

Note: These kits were created for the previous season. The new kits of the 2021-22 season will appear of FIFA 22. That's not everything that will get. A related Domestic cup to be featured in the game, besides the Vanarama National League.

Note: FA Trophy is considered the first licensed cup for non-league clubs to appear in FIFA video games. Also, note: The trophy I use now is just a generic one, as the game isn't released yet, the real one will appear in the game.

Regarding the Buildbase FA Trophy format on the game: The competition will include only 23 clubs on the career and tournament modes. The 23 clubs are basically the ones of the Vanarama National League, but you could change them as you want.

Note: The Buildbase FA Trophy final will be played at Wembley stadium in the game, the same as in real life.

Some are saying, why will EA the fifth tier of English Football? It's not an important league. That's not true. The league is important for several reasons.

First of all: The league will be one of the most playable leagues in the game because it's a well-known league and has its fans, who will play it in the game.

Second: The league clubs are popular and have a great legacy and good fanbases in the united kingdom and outside. So you will find many people play with their favorite national league clubs.

That's the most important thing to add leagues: We want to have leagues that we will really play.

That's not everything, but you will have the concept of winning everything in the career mode. Let's discuss that.

Imagine that: You will be able to win everything in your career mode from a non-league to the most popular league in the world. You could start your career with a club in Vanarama National League and win the league, then win the EFL league two, EFL League one, EFL Championship, and finally the premier league.

Five divisions! How many seasons do you want to lead Notts county or Wrexham to win a premier league title? Not only that, but also you will be able to win 5 licensed domestic leagues. FA Cup, EFL Cup, EFL Trophy, FA Trophy, and FA Community shield.

You should try that, Bro! You should win these 10 domestic tournaments. Then you will be able to win 4 different European Competitions. Only on FIFA 22.

Don't forget to play Career Mode with the oldest clubs in history: Notts County and Wrexham. Notts is the oldest professional association football club in the world, Wrexham is the oldest in wales and the third worldwide.

Regarding stadiums: Nothing confirmed so far although, Barnet, Stockport County, and woking stadiums were in the reveal trailer of the game. Mostly, we won't get any stadium for the Vanarama National League in FIFA 22.

Regarding the face scans: We also don't have any news so far, but maybe we will find few players with legacy real faces in the league.

That's everything we know about the Vanarama National League. We will bring you more FIFA 22 news, stay tuned! What’s more, cheap FIFA 22 coins are provided on URFUT.com, welcome to check out incredible offers!

FIFA 22 Calendar – When Everything Will Happen? 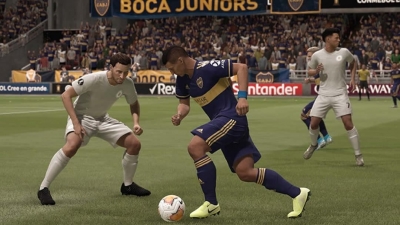 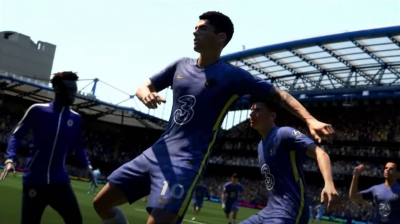